The female’s role is to produce offspring and participate in the care of the infants. Poppy, the female shown here, is one of the grande dams of Rwandan mountain gorillas having produced babies for many years. Poppy and her infant Ishyaka Laurentine are members of the Susa Group. As young females grow to maturity, they may and generally do leave their birth or natal group to join another social unit. It is not abnormal for a female to transition between groups more than once in her life. Parc National des Volcans, Rwanda. 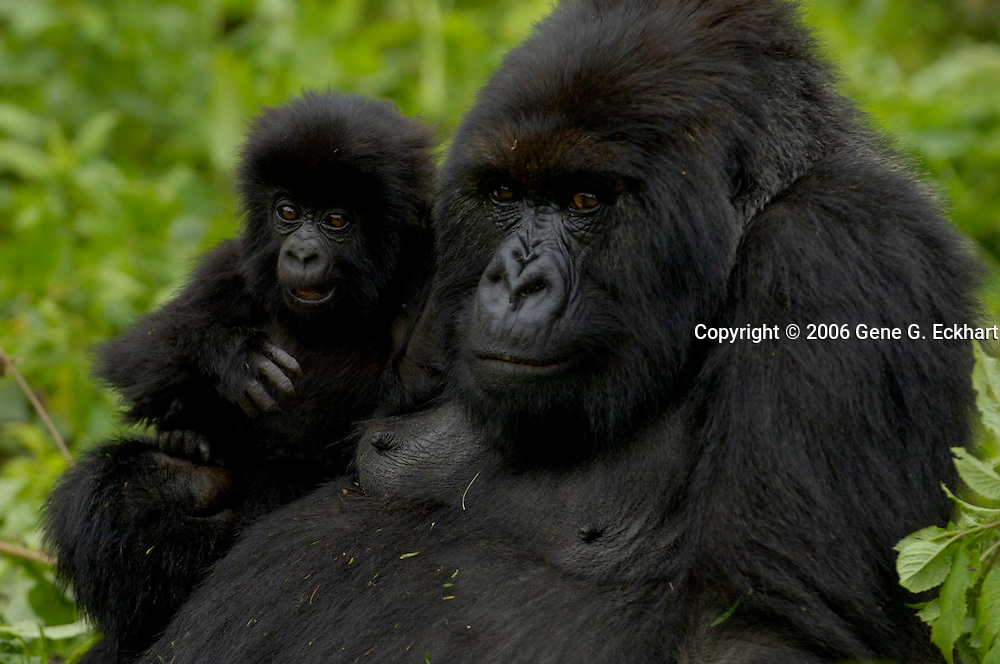