Patterns and trends begun to evolve whereby the populations that inhabited the lakeshores slowly moved progressively higher into the uplands, which required felling trees for food and fuel production. This trend, coupled with the very fertile land capable of producing food, is why these rural areas have some of the highest population densities in all of Africa. As a result of an ever-present slow drift of people toward the uplands, the forests were continuing to disappear at an alarming rate.
From the Ruhija Research Station looking out across the forest in Bwindi Impenetrable National Park toward the Virunga Volcanoes in neighboring Rwanda and the Democractic Republic of Congo the impact of land clearing is visible in the stretch of farmland in the middle of the photo. The most significant land clearing has occurred within the last five hundred to a thousand years and ultimately led to a permanent separation between the once contiguous forests of Bwindi and the Virungas. 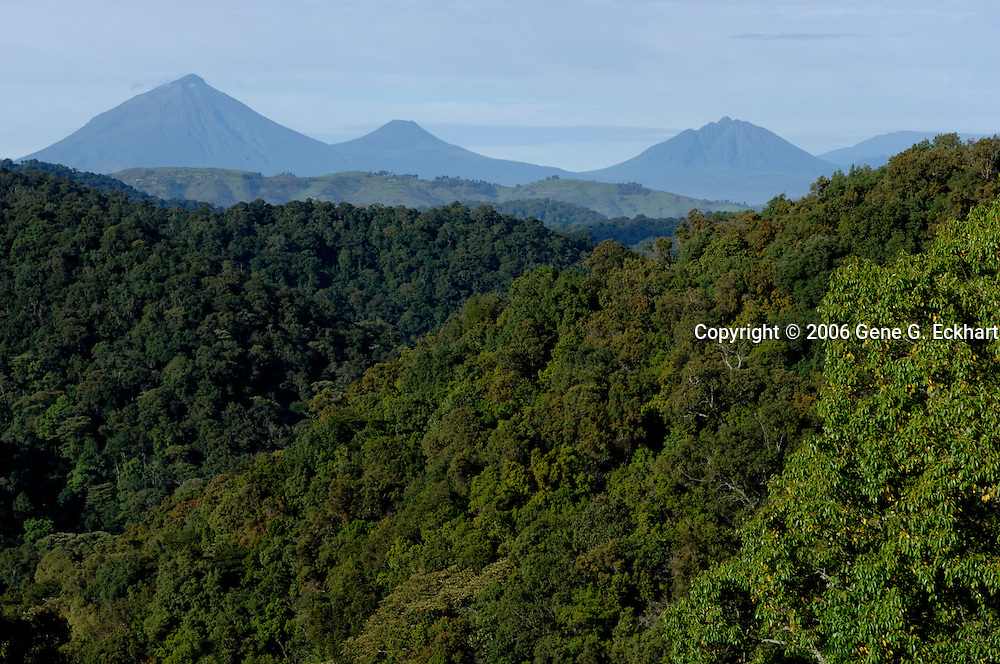