This photo is something called the Arti ceremony. It took place at night with a river of candles floating away from the platform. There were two drummers there as well with giant drums that they would use to create a hypnotic beat as the ceremony went on. Banaras is the most visited pilgrimage destination in all of India. It is one of the seven Holy Cities, one of the twelve Jyotir Linga sites, one of the Shakti Pitha sites, and the most favored place for Hindus to die and be cremated. Countless hymns and myths speak of the waters of the Ganges as the fluid medium of Shiva's divine essence, and a bath in the river is believed to wash away all of one's sins. Kashi is also traditionally called Mahashamshana, "the great cremation ground". Hindus believe that cremation at the holy city insures moksha, or final liberation of the soul from the endless cycle of birth, death, and rebirth. Because of this belief, dying persons and dead bodies from far-off places are brought to Kashi for cremation at the Manikarnika and other cremation sites (five principal and eighty-eight minor cremation/bathing sites lie along the Ganges). 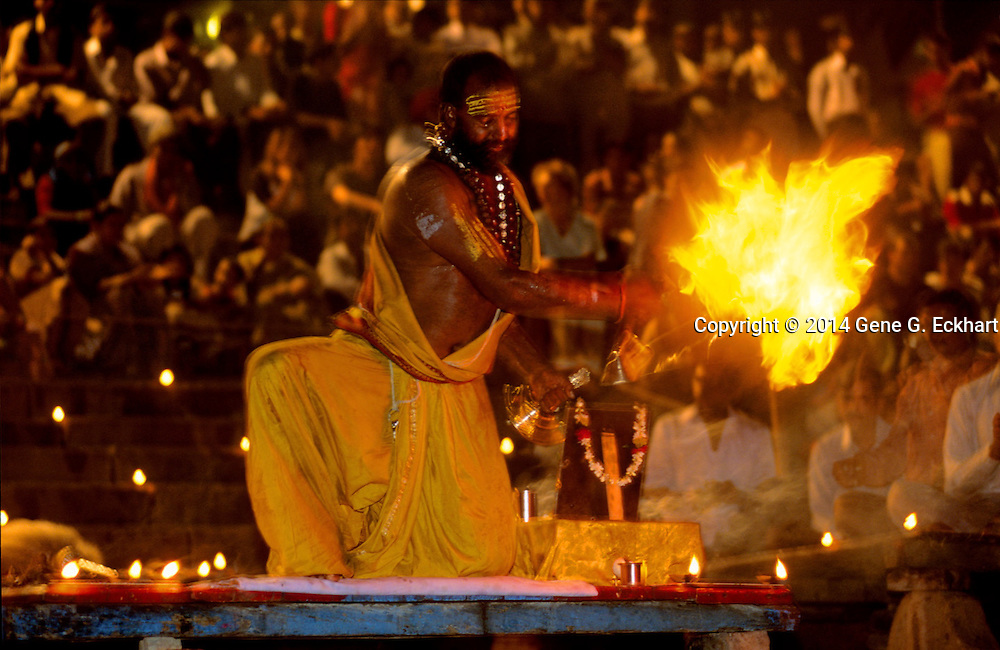