There is perhaps no more majestic or iconic animal among all of the endangered species than the mountain gorilla. Silverbacks like Ubumwe from the Amahoro Group in Parc National des Volcans are truly magnificent in stature and demeanor. The gorilla has fascinated people and captured our imaginations as long as we have been aware of its existence. The catastrophic decline in the mountain gorilla population from the 1960s and 1970s through the early 1980s could have spelled the end for mountain gorillas. Through hard work, dedication, and sacrifice of many people in the host countries and the money provided by donors around the world, the mountain gorilla has survived. However, their future even today, remains uncertain. 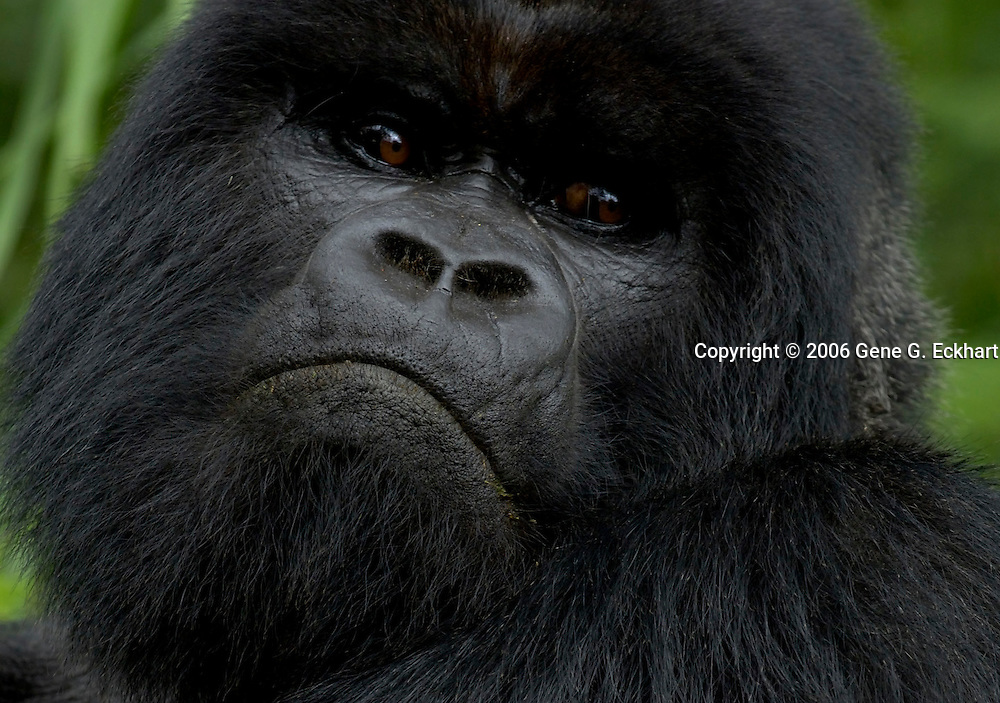