Bengal Tiger (Panthera tigris) - This was the last morning that I was going to be in Bandhavgarh Tiger Reserve. I was leaving later in the morning to journey on to the city of Banaras in the Uttar Pradesh province. I had been sitting for a couple of hours watching a peacock (Pavo cristatus) and hoping that it would step into the sunlight and display for me. My national parks guide could hear on the radio that there had been a sighting of a tiger in the area and had been urging me that we should go and try to find it. I told him I wanted to stay a little longer because I was still waiting on the peacock. After a few minutes, we pulled out of the area we were in and here came this magnificent male tiger patrolling his territory. We stopped quickly and I was able to get a couple of shots of this guy as he was walking towards us. A male tiger's territory will normally range up to 20 square miles, all of which must be patrolled on some level of a regular basis. 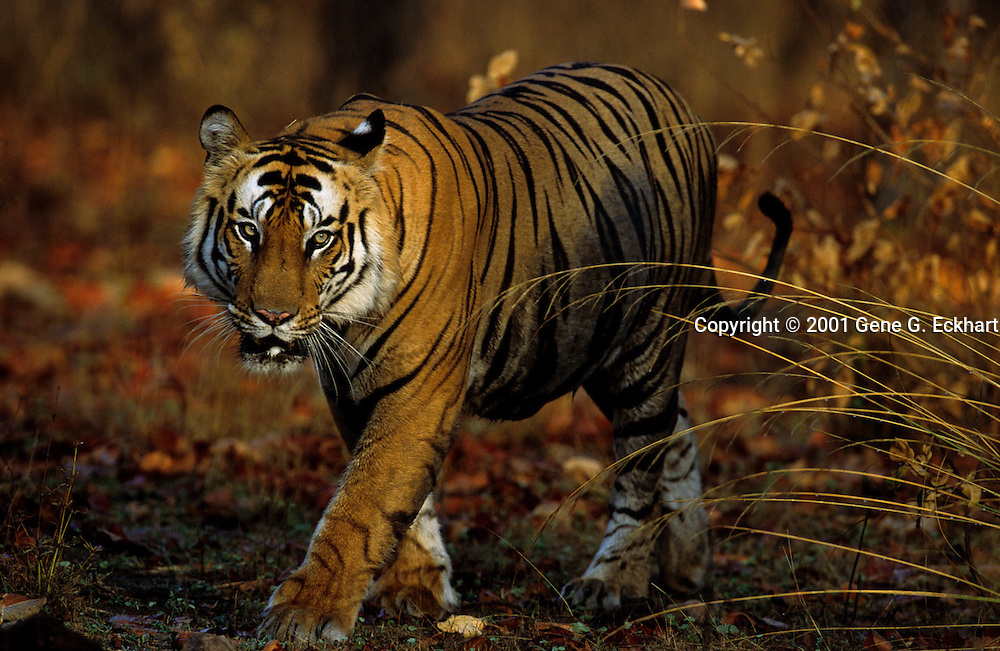