Geikie Gorge (known locally as Darngku) is located within the grounds of Geikie Gorge National Park, 20km from Fitzroy Crossing, 1831 km northeast of Perth and 420 km east of Broome in the Kimberley Region of Western Australia. Believed to be one of the best-known and most easily accessed, the gorge is named in honour of Sir Archibald Geikie, the Director General of Geological Survey for Great Britain and Ireland when it was given its European name in 1883. Along with Tunnel Creek and Windjana Gorge, Geikie Gorge is part of an ancient barrier reef that developed during the Devonian Period. The walls of the gorge are 30 metres high. The eight kilometer gorge was created by the flowing waters of the Fitzroy River, which still flows through the region and the wildlife present in the Gorge includes: the freshwater crocodile, Leichhardt's sawfish and Coach-whip stingrays. 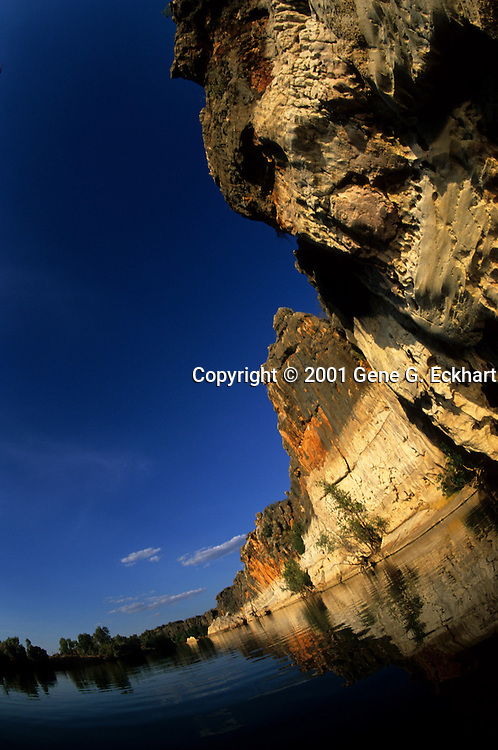