Machu Picchu is a pre-Columbian Inca site located 2,400 meters (7,875 ft) above sea level. It is situated on a mountain ridge above the Urubamba Valley in Peru, which is 80 km (50 mi) northwest of Cuzco and through which the Urubamba River flows. The river is a partially navigable headwater of the Amazon River. Often referred to as "The Lost City of the Incas", Machu Picchu is one of the most familiar symbols of the Inca Empire. It was built around the year 1460, but was abandoned as an official site for the Inca rulers a hundred years later, at the time of the Spanish conquest of the Inca Empire. Although known locally, it was said to have been forgotten for centuries when the site was brought to worldwide attention in 1911 by Hiram Bingham, an American historian. Machu Picchu was declared a Peruvian Historical Sanctuary in 1981 and a UNESCO World Heritage Site in 1983. It is especially important as a cultural site and considered a sacred place. 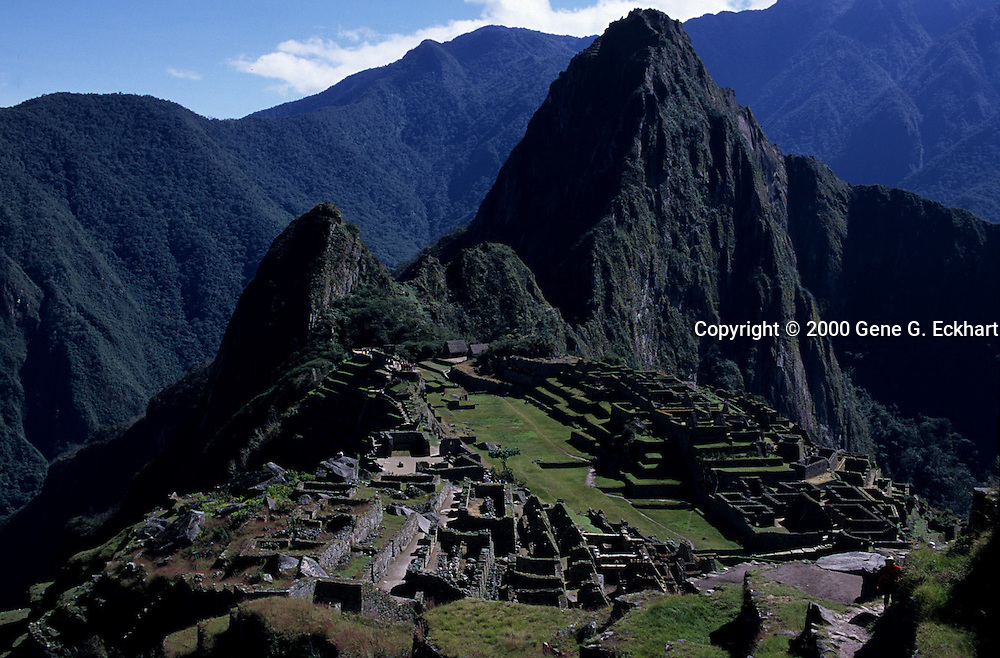