This tree as completely overtaken this part of the temple grounds at Ta Prohm.

Ta Prohm (Khmer: ប្រាសាទតាព្រហ្ម, pronunciation: brasaeattaproh) is the modern name of the temple at Angkor, Siem Reap Province, Cambodia, built in the Bayon style largely in the late 12th and early 13th centuries and originally called Rajavihara (in Khmer: រាជវិហារ). Located approximately one kilometre east of Angkor Thom and on the southern edge of the East Baray, it was founded by the Khmer King Jayavarman VII as a Mahayana Buddhist monastery and university. Unlike most Angkorian temples, Ta Prohm has been left in much the same condition in which it was found: the photogenic and atmospheric combination of trees growing out of the ruins and the jungle surroundings have made it one of Angkor's most popular temples with visitors. UNESCO inscribed Ta Prohm on the World Heritage List in 1992. Today, it is one of the most visited complexes in Cambodia’s Angkor region. The conservation and restoration of Ta Prohm is a partnership project of the Archaeological Survey of India and the APSARA (Authority for the Protection and Management of Angkor and the Region of Siem Reap). 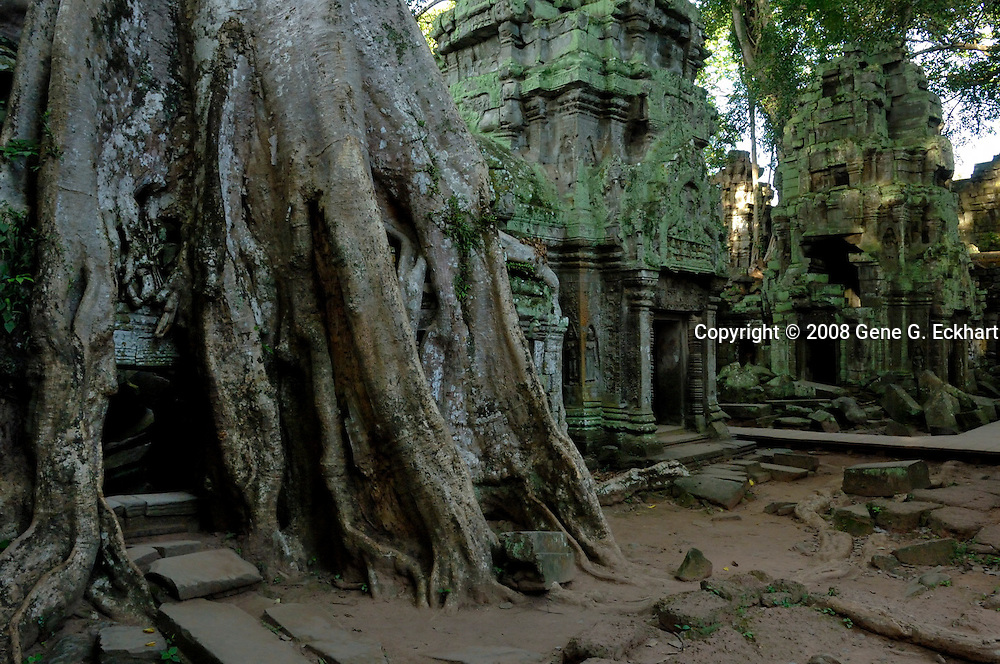